Acute kidney injury (AKI) is a common clinical condition defined as a rapid decline in kidney function. AKI is a global health burden, estimated to cause 2 million deaths annually worldwide. Unlike AKI in the young, which is reversible, AKI in the elderly often leads to end-stage renal disease, and the mechanism that prevents kidney repair in the elderly is unclear. Here we demonstrate that aged but not young mice developed multiple tertiary lymphoid tissues (TLTs) in the kidney after AKI. TLT size was associated with impaired renal function and increased expression of proinflammatory cytokines and homeostatic chemokines, indicating a possible contribution of TLTs to sustained inflammation after injury. Notably, resident fibroblasts from a single lineage diversified into p75 neurotrophin receptor+ (p75NTR+) fibroblasts and homeostatic chemokine–producing fibroblasts inside TLTs, and retinoic acid–producing fibroblasts around TLTs. Deletion of CD4+ cells as well as late administration of dexamethasone abolished TLTs and improved renal outcomes. Importantly, aged but not young human kidneys also formed TLTs that had cellular and molecular components similar to those of mouse TLTs. Therefore, the inhibition of TLT formation may offer a novel therapeutic strategy for AKI in the elderly. 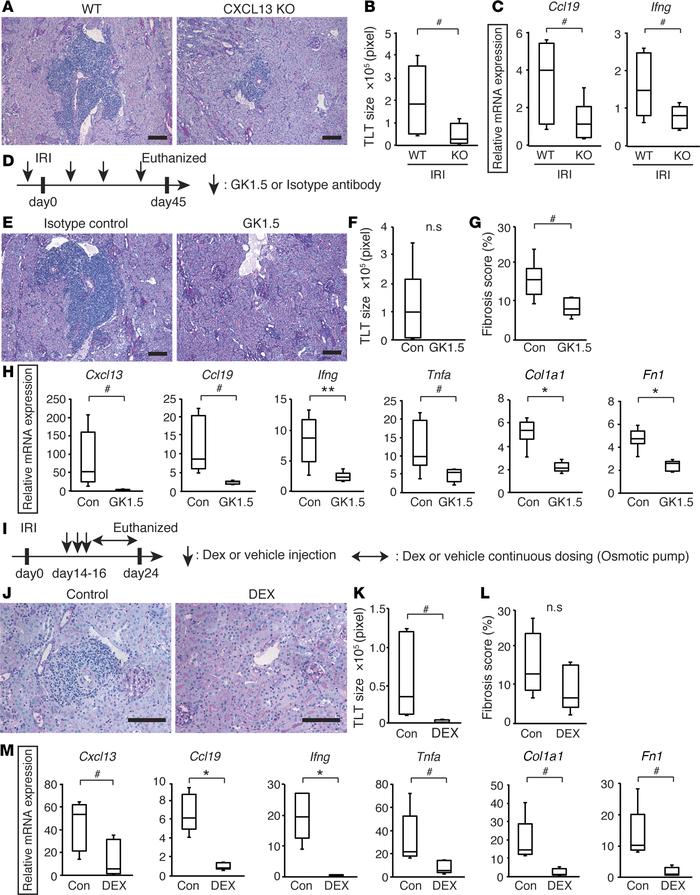