Little is known about the role of IL-3 in multiple sclerosis (MS) in humans and in experimental autoimmune encephalomyelitis (EAE). Using myelin oligodendrocyte glycoprotein (MOG) peptide–induced EAE, we show that CD4+ T cells are the main source of IL-3 and that cerebral IL-3 expression correlates with the influx of T cells into the brain. Blockade of IL-3 with monoclonal antibodies, analysis of IL-3 deficient mice, and adoptive transfer of leukocytes demonstrate that IL-3 plays an important role for development of clinical symptoms of EAE, for migration of leukocytes into the brain, and for cerebral expression of adhesion molecules and chemokines. In contrast, injection of recombinant IL-3 exacerbates EAE symptoms and cerebral inflammation. In patients with relapsing-remitting MS (RRMS), IL-3 expression by T cells is markedly upregulated during episodes of relapse. Our data indicate that IL-3 plays an important role in EAE and may represent a new target for treatment of MS. 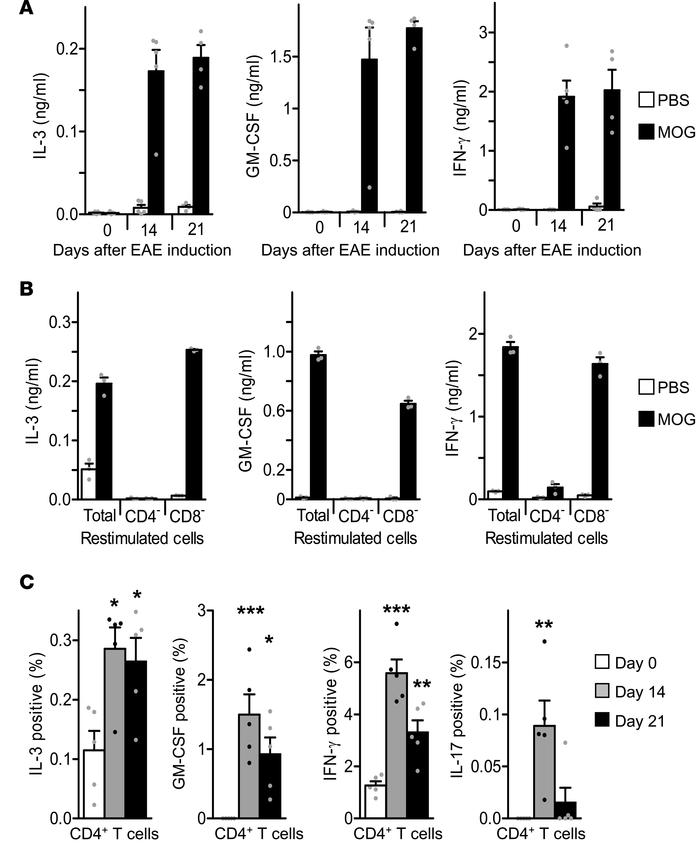