Dysregulation of FA metabolism persists in PTCs not recovering after AKI. 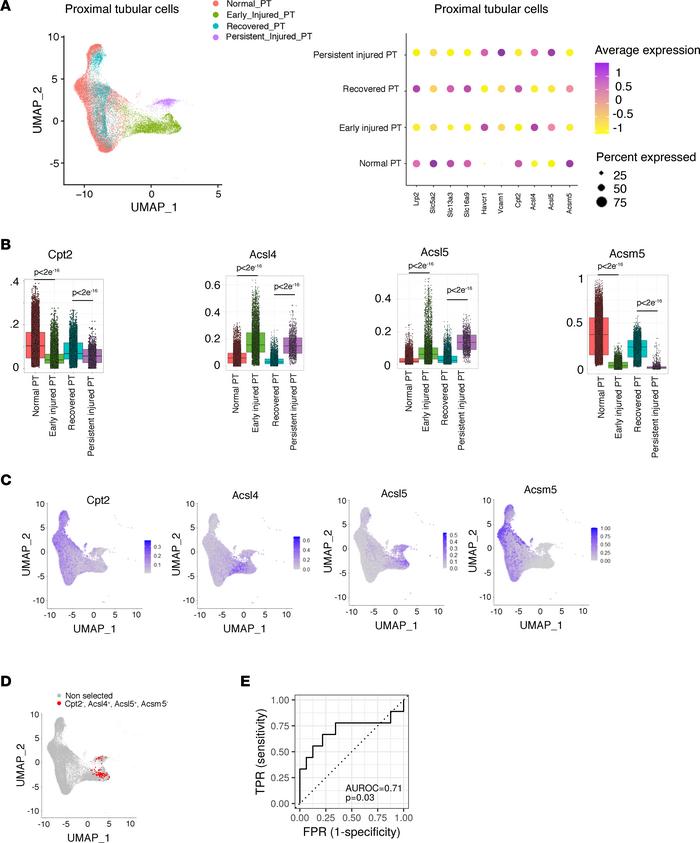