Urinary metabolome of KTRs after 3 and 12 months is enriched with long chain FAs. 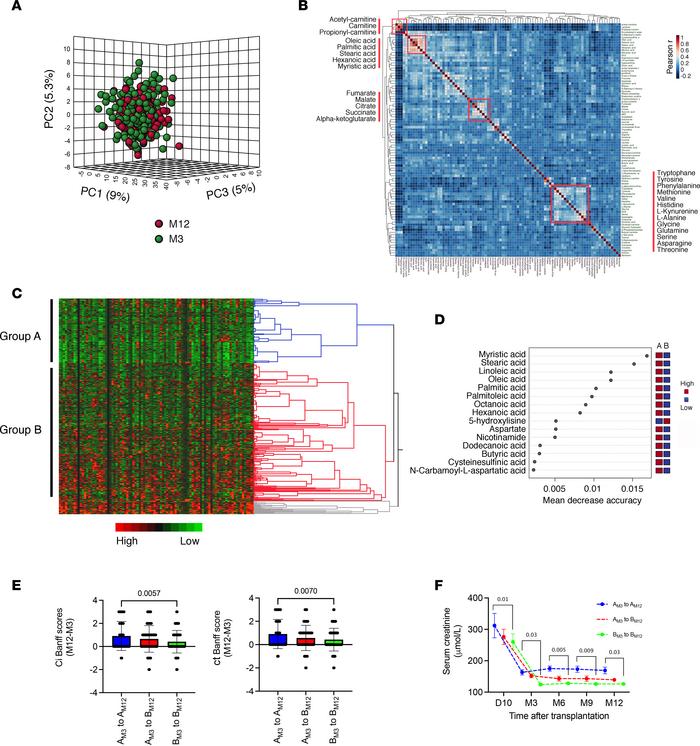