The immune factors associated with impaired SARS-CoV-2 vaccine response in elderly people are mostly unknown. We studied individuals older than 60 and younger than 60 years, who had been vaccinated with SARS-CoV-2 BNT162b2 mRNA, before and after the first and second dose. Aging was associated with a lower anti–RBD IgG levels and a decreased magnitude and polyfunctionality of SARS-CoV-2–specific T cell response. The dramatic decrease in thymic function in people > 60 years, which fueled alteration in T cell homeostasis, and their lower CD161+ T cell levels were associated with decreased T cell response 2 months after vaccination. Additionally, deficient DC homing, activation, and TLR-mediated function, along with a proinflammatory functional profile in monocytes, were observed in the > 60-year-old group, which was also related to lower specific T cell response after vaccination. These findings might be relevant for the improvement of the current vaccination strategies and for the development of new vaccine prototypes. 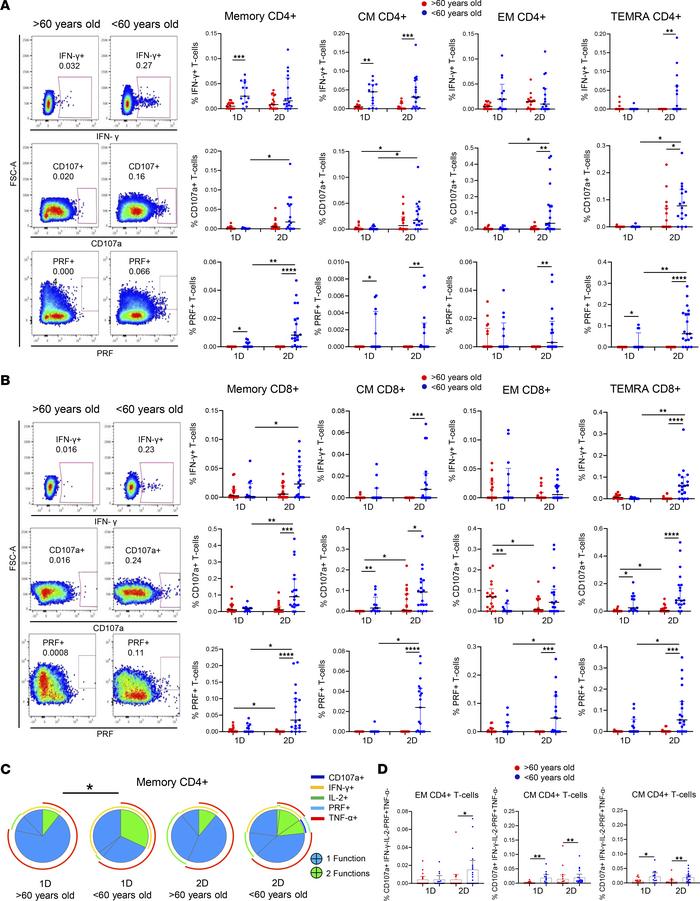