MD-PhD trainees constitute an important source of physician-scientists. Persistence on this challenging path is facilitated by success in garnering independent (R grant) support from the NIH. Published research tracks academic appointments and global R01 success for MD-PhD trainees but has not included information on future funding success of individual MD-PhD predoctoral grant holders. Here, we used data from the NIH RePORTER database to identify and track the funding trajectory of physician-scientists who received predoctoral grant support through the F30 mechanism, which is specific for dual-degree candidates. Male and female F30 awardees did not differ in their success in garnering K (postdoctoral training) grants, but, among F30 grant awardees, men were 2.6 times more likely than women to receive R funding. These results underscore the need for analysis of factors that contribute to the disproportionate loss of NIH-supported female physician-scientists between the predoctoral F30 and the independent R grant–supported stages. 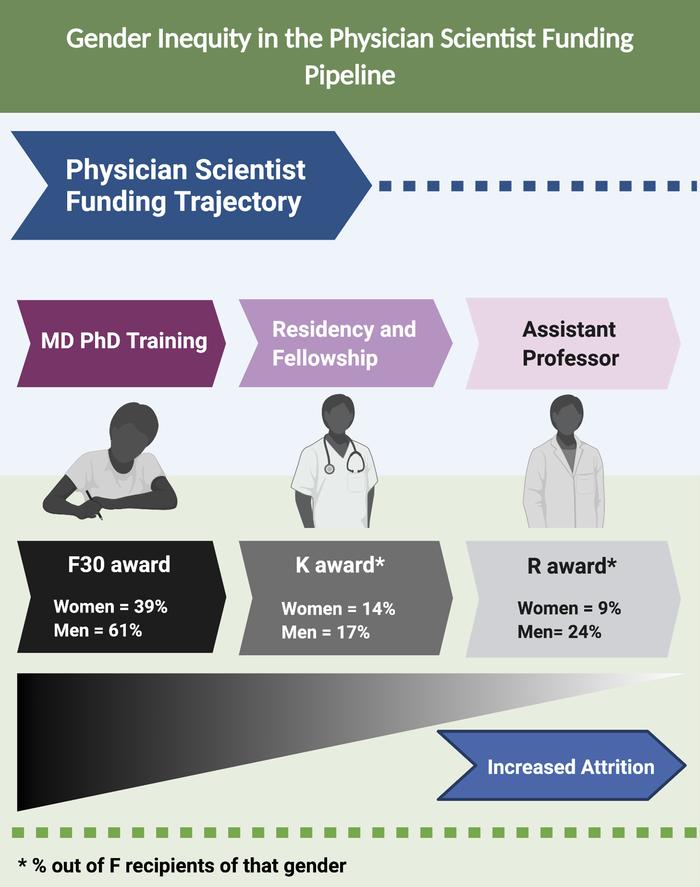