Heterogeneity in the links between sleep arousals, amyloid-β, and cognition

Heterogeneity in the links between sleep arousals, amyloid-β, and cognition

Overview of the study. 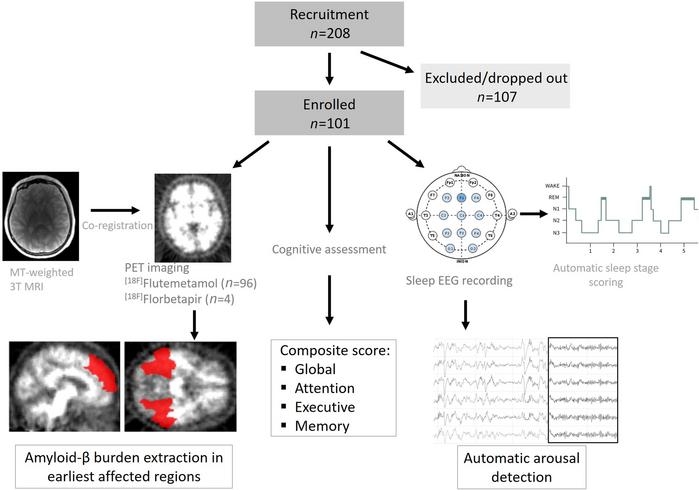 In total, 208 participants were recruited, of which 107 did not participate in the study, as they were excluded based on inclusion criteria (see Methods), if sleep apnea were detected (>15/hour) or decided to withdraw. Participants underwent [18F]Flutemetamol ( = 96)/[18F]Florbetapir ( = 4) PET scan to assess Aβ burden, which we extracted over the earliest affected regions; they were also tested via an extensive battery of neuropsychological tasks from which we extracted global score, as well as performance over 3 main cognitive domains (attention, executive, and memory); and habitual sleep was recorded via EEG from which arousals were automatically detected.