Metabolite profiling of the neural retina shows a decrease in TCA cycle intermediates in a model of arRP. 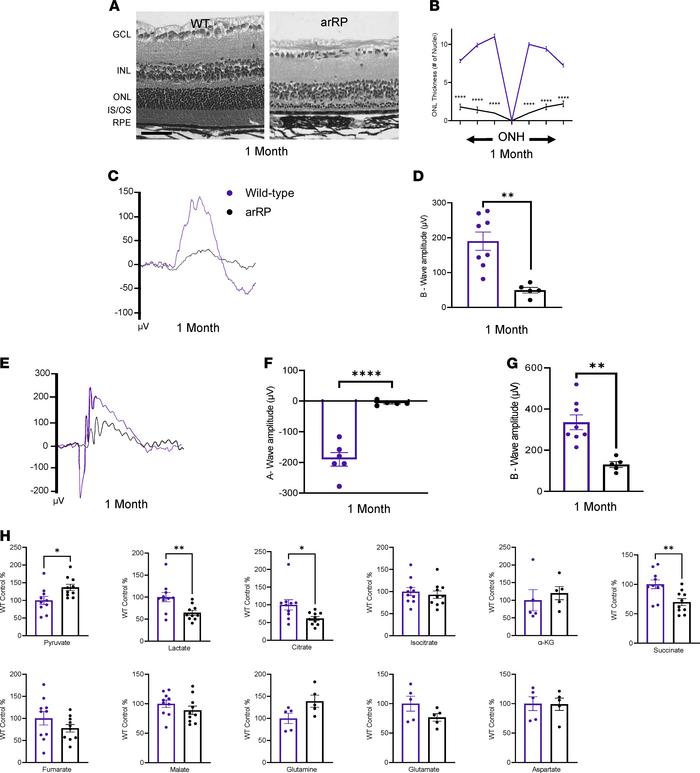