Multiplexed confocal imaging and histocytometry strategy for the comparative analysis of LN GC Tfh and B cells. 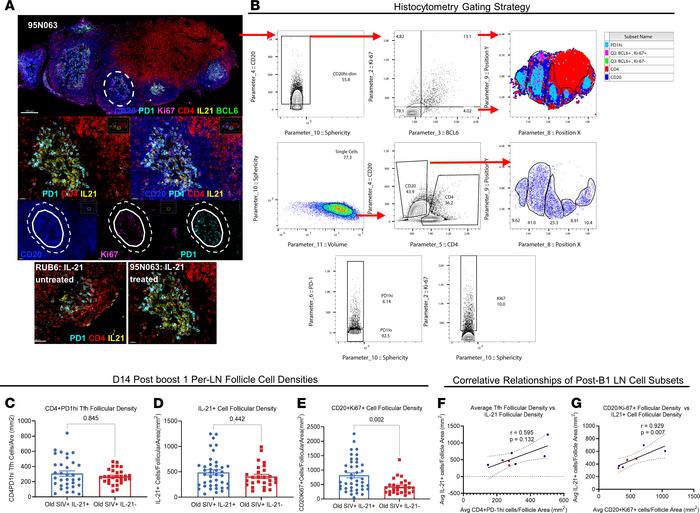