The SF in oligo JIA patients is enriched in Tregs expressing Th1 markers. 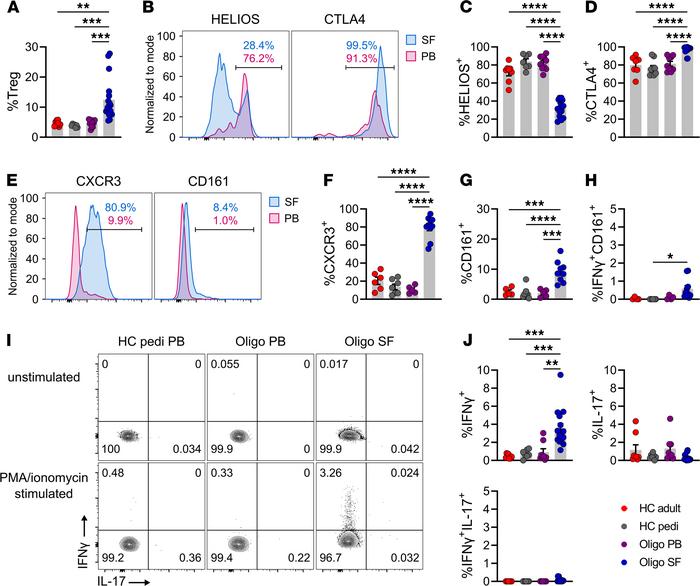