MSC administration leads to a robust germinal center and Tfh response in the gut-associated lymphoid tissue and periphery. 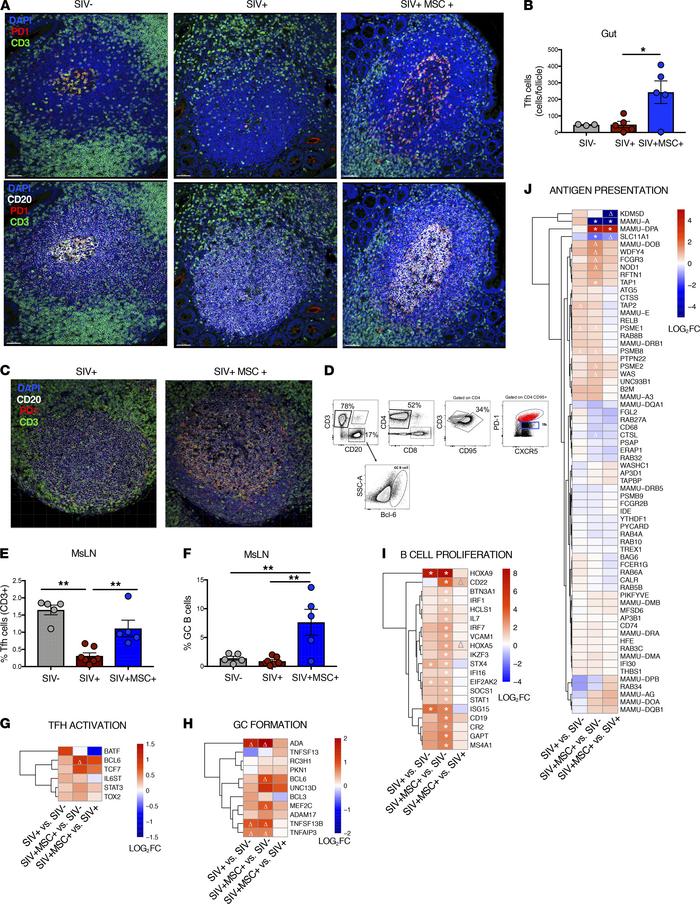