Therapy-related clonal hematopoiesis (t-CH) is often observed in cancer survivors. This form of clonal hematopoiesis typically involves somatic mutations in driver genes that encode components of the DNA damage response and confer hematopoietic stem and progenitor cells (HSPCs) with resistance to the genotoxic stress of the cancer therapy. Here, we established a model of TP53-mediated t-CH through the transfer of Trp53 mutant HSPCs to mice, followed by treatment with a course of the chemotherapeutic agent doxorubicin. These studies revealed that neutrophil infiltration in the heart significantly contributes to doxorubicin-induced cardiac toxicity and that this condition is amplified in the model of Trp53-mediated t-CH. These data suggest that t-CH could contribute to the elevated heart failure risk that occurs in cancer survivors who have been treated with genotoxic agents. 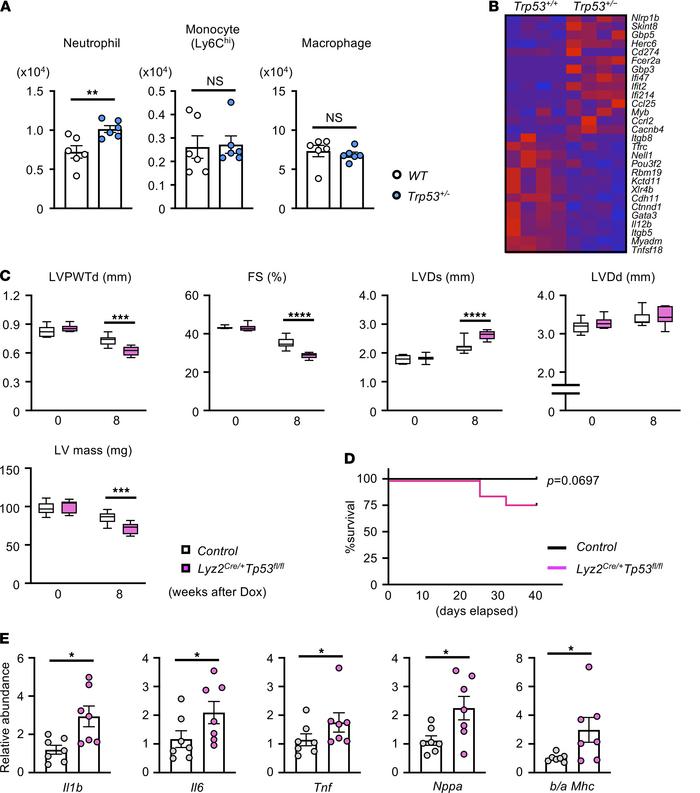