Nrf2, a transcription factor that regulates the response to oxidative stress, has been shown to rescue cone photoreceptors and slow vision loss in mouse models of retinal degeneration (rd). The retinal pigment epithelium (RPE) is damaged in these models, but whether it also could be rescued by Nrf2 has not been previously examined. We used an adeno-associated virus (AAV) with an RPE-specific (Best1) promoter to overexpress Nrf2 in the RPE of rd mice. Control rd mice showed disruption of the regular array of the RPE, as well as loss of RPE cells. Cones were lost in circumscribed regions within the cone photoreceptor layer. Overexpression of Nrf2 specifically in the RPE was sufficient to rescue the RPE, as well as the disruptions in the cone photoreceptor layer. Electron microscopy showed compromised apical microvilli in control rd mice but showed preserved microvilli in Best1-Nrf2–treated mice. The rd mice treated with Best1-Nrf2 had slightly better visual acuity. Transcriptome profiling showed that Nrf2 upregulates multiple oxidative defense pathways, reversing declines seen in the glutathione pathway in control rd mice. In summary, Nrf2 overexpression in the RPE preserves RPE morphology and survival in rd mice, and it is a potential therapeutic for diseases involving RPE degeneration, including age-related macular degeneration (AMD).

Morphological analyses of the RPE from WT mice and mice with or without AAV-Best1-Nrf2. 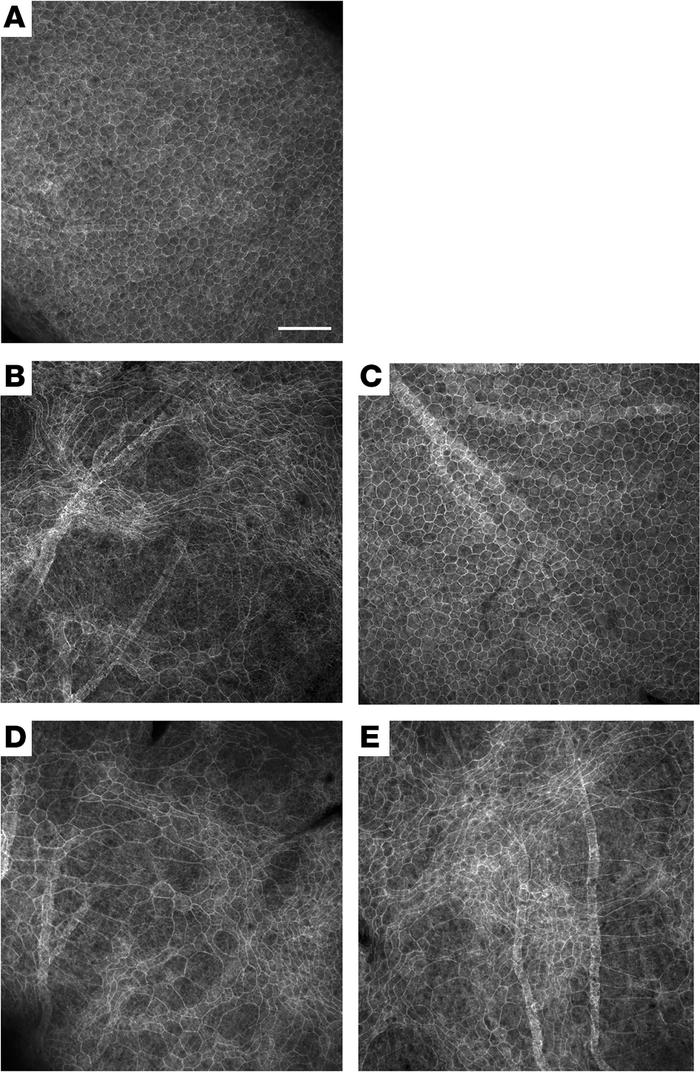