Noise-induced threshold elevations were similar across groups, and Trk agonists did not alter recovery. 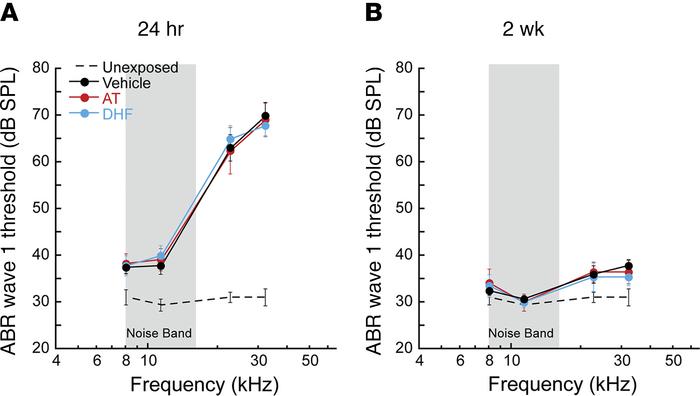 () Wave 1 thresholds recorded 24 hours after noise (8–16 kHz, 100 dB SPL, 2 hours; gray bar) and before delivery of drugs in AP, or the control AP solution alone to the posterior semicircular canal, were similar across treatment groups (AT, 25 mM; DHF, 5 mM; AP vehicle). () By 2 weeks after noise, all groups recovered similarly. Data are shown as mean ± SEM; = 6–8/group. In both panels, thresholds for 16-week unexposed CBA/CaJ mice () are included for comparison.