Lung allograft rejection results in the accumulation of low–molecular weight hyaluronic acid (LMW-HA), which further propagates inflammation and tissue injury. We have previously shown that therapeutic lymphangiogenesis in a murine model of lung allograft rejection reduced tissue LMW-HA and was associated with improved transplant outcomes. Herein, we investigated the use of 4-Methylumbelliferone (4MU), a known inhibitor of HA synthesis, to alleviate acute allograft rejection in a murine model of lung transplantation. We found that treating mice with 4MU from days 20 to 30 after transplant was sufficient to significantly improve outcomes, characterized by a reduction in T cell–mediated lung inflammation and LMW-HA content and in improved pathology scores. In vitro, 4MU directly attenuated activation, proliferation, and differentiation of naive CD4+ T cells into Th1 cells. As 4MU has already been demonstrated to be safe for human use, we believe examining 4MU for the treatment of acute lung allograft rejection may be of clinical significance. 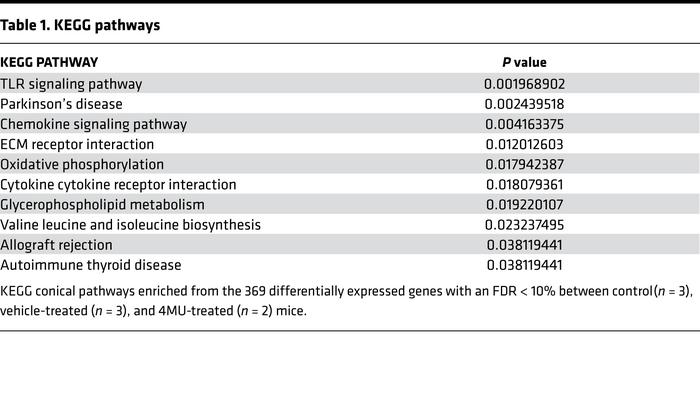