GC B cells, Tfhs, and T-bet+ B cells are reduced in the spleens of B mice. 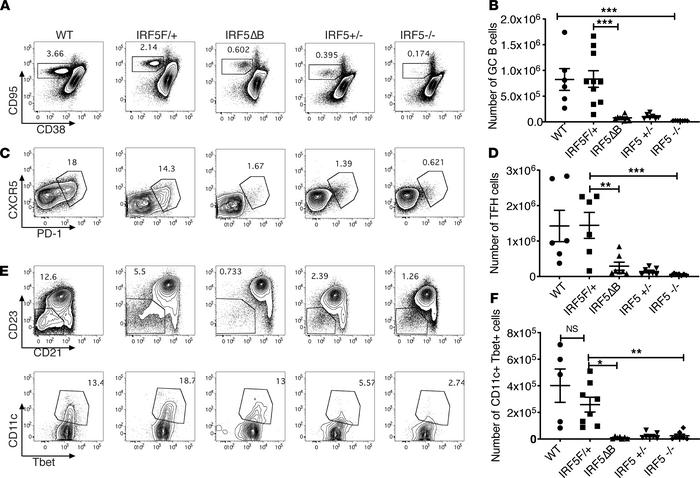