LysMcre-mediated deletion of does not reduce disease in mice. 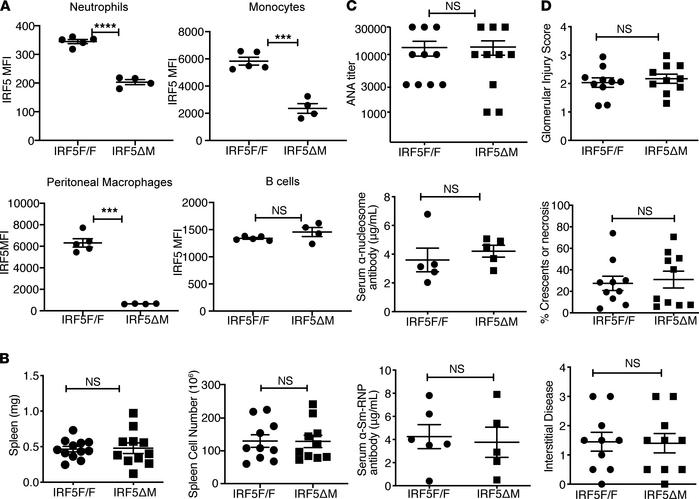