Splenomegaly and T cell activation are reduced in B mice. 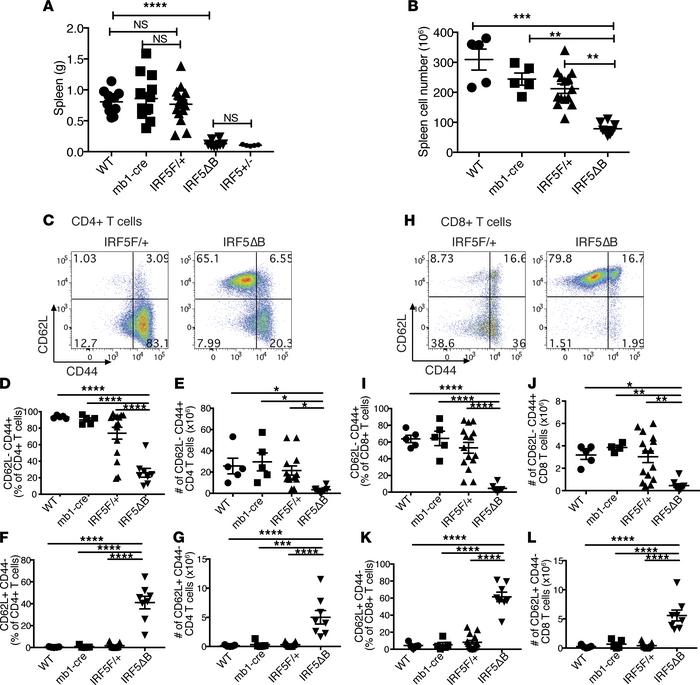