IRF5 expression is increased in GC B cells, splenic PBs, and BM PCs in vivo. 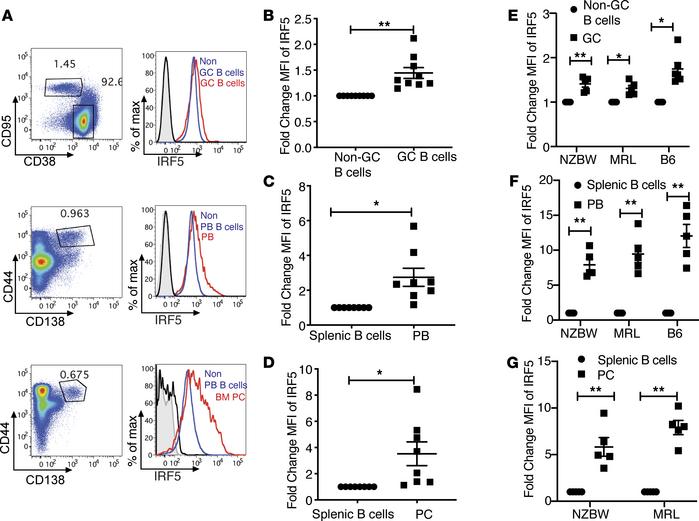