Temporal trends in MAP during on and off states. 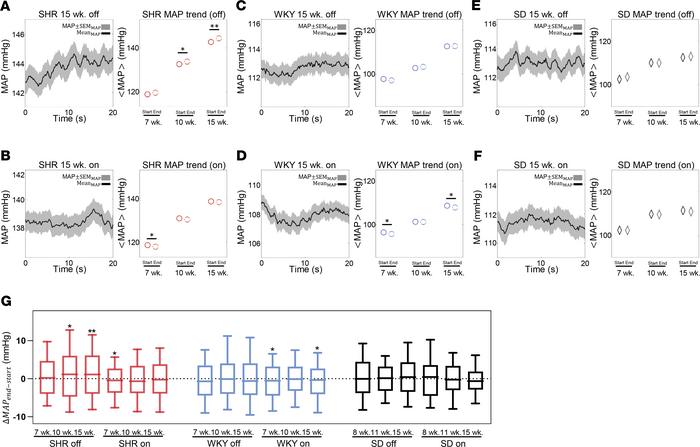