The average level and lability of the MAP are lower during the on state compared with the off state in the SHR/WKY strains. 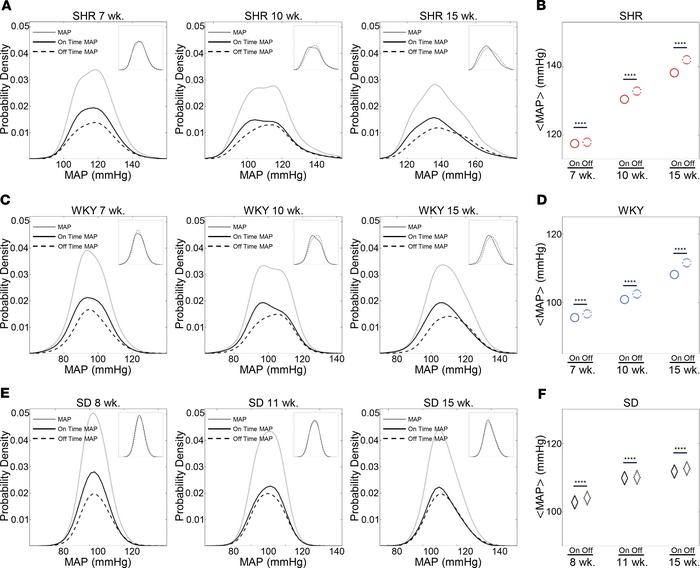