Arterial pressure increases with age in the SHR and WKY rats. 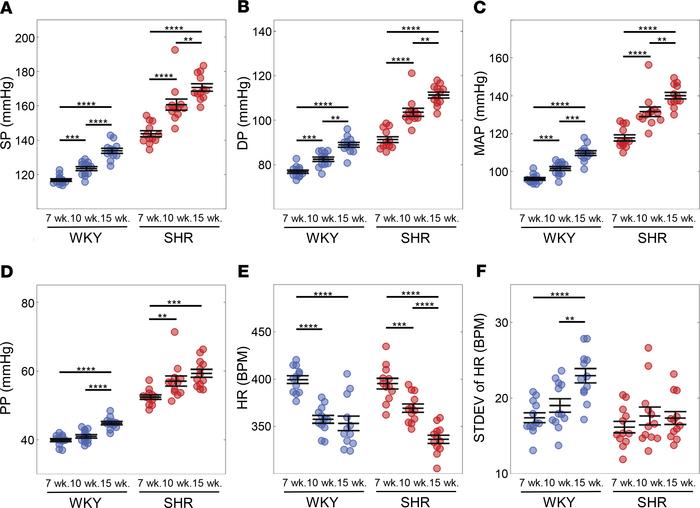 Arterial pressure was measured continuously over the 12-hour dark cycle at 7, 10, and 15 weeks of age in SHR and WKY rats. In both strains, () systolic pressure (SP), () diastolic pressure (DP), () mean arterial pressure (MAP), and () pulse pressure (PP) steadily increased with age. The overall MAP in the SHR was higher than in the WKY. () Heart rate (HR) decreased with age in both strains. () Standard deviation (STDEV) of the HR increased with age in the WKY and not in the SHR. Data are shown as mean ± SEM with = 12 animals per group. Statistical comparisons were made using a 2-way ANOVA and Holm-Šídák multiple-comparisons test: ** < 0.01, *** < 0.001, **** < 0.0001. WKY, Wistar-Kyoto rat; SHR, spontaneously hypertensive rat.