Survival of cardiac and skin grafts in cotransplant recipients. 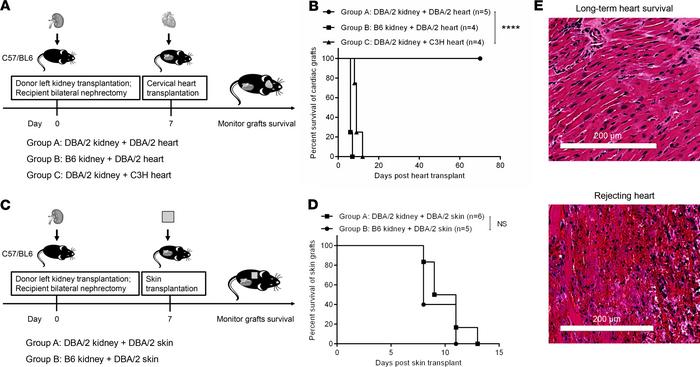