Tissue-resident memory T cells (TRM) provide frontline defense against infectious diseases and contribute to antitumor immunity; however, aside from the necessity of TGF-β, knowledge regarding TRM-inductive cues remains incomplete, particularly for human cells. Oxygen tension is an environmental cue that distinguishes peripheral tissues from the circulation, and here, we demonstrate that differentiation of human CD8+ T cells in the presence of hypoxia and TGF-β1 led to the development of a TRM phenotype, characterized by a greater than 5-fold increase in CD69+CD103+ cells expressing human TRM hallmarks and enrichment for endogenous human TRM gene signatures, including increased adhesion molecule expression and decreased expression of genes involved in recirculation. Hypoxia and TGF-β1 synergized to produce a significantly larger population of TRM phenotype cells than either condition alone, and comparison of these cells from the individual and combination conditions revealed distinct phenotypic and transcriptional profiles, indicating a programming response to milieu rather than a mere expansion. Our findings identify a likely previously unreported cue for the TRM differentiation program and can enable facile generation of human TRM phenotype cells in vitro for basic studies and translational applications such as adoptive cellular therapy. 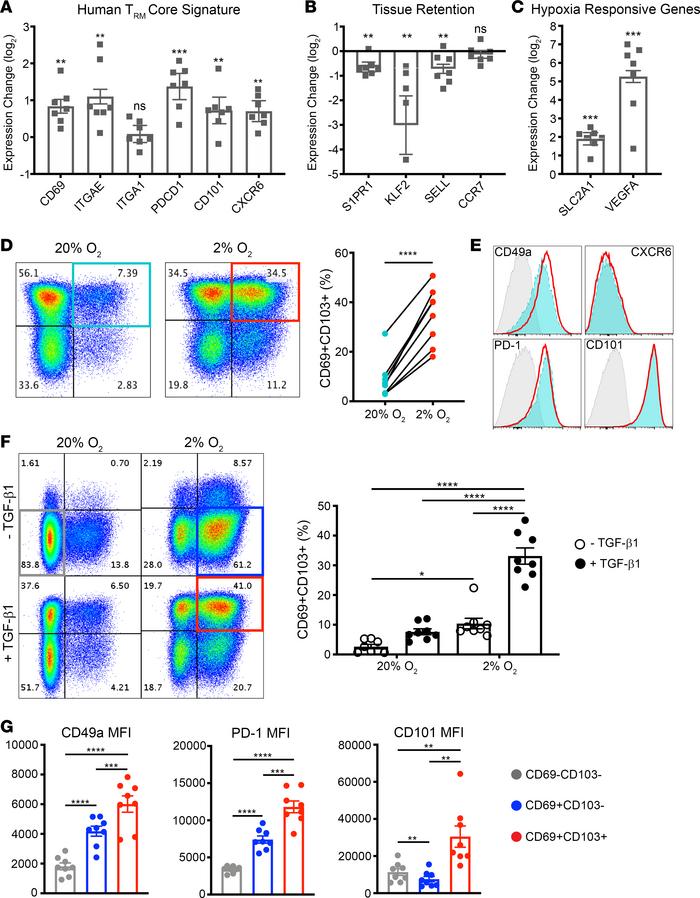