HA-driven attenuation of renal fibrosis is mediated by Has2- and STAT3-dependent mechanisms in renal fibroblasts. 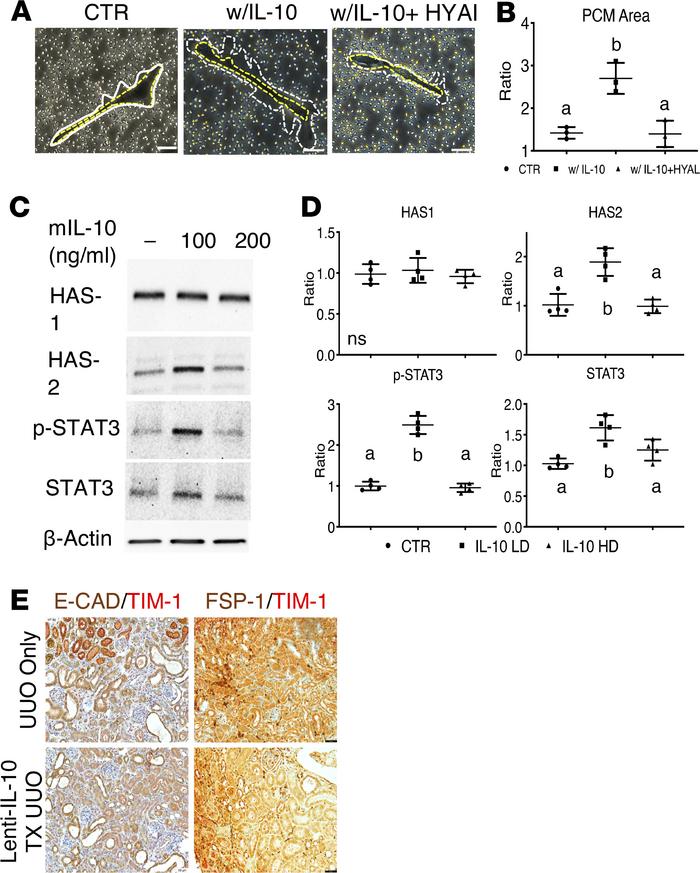