ApoE is required for the resolution of bleomycin-induced pulmonary fibrosis. 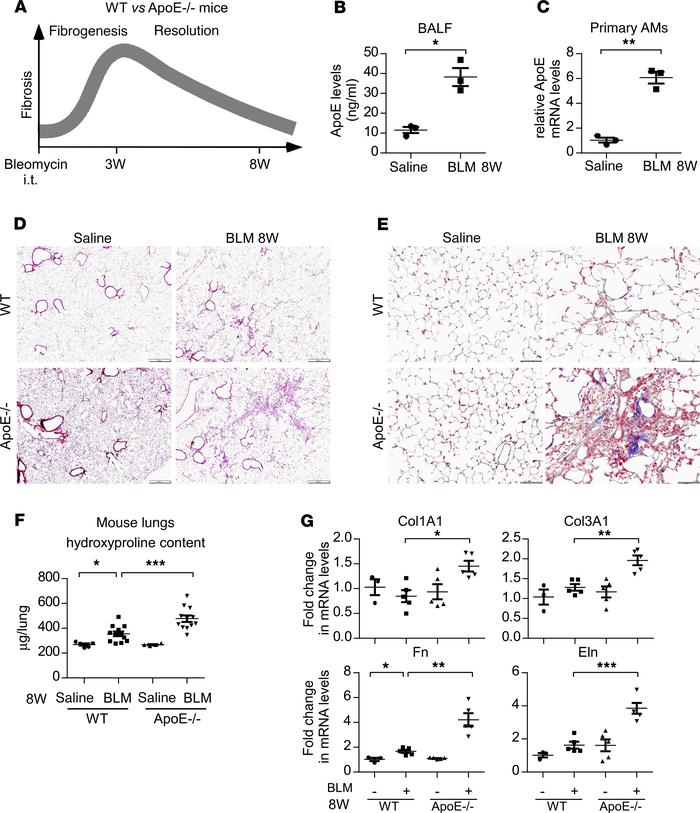