ApoE is one of the most differentially expressed signature markers in Mo-AMs versus TR-AMs. 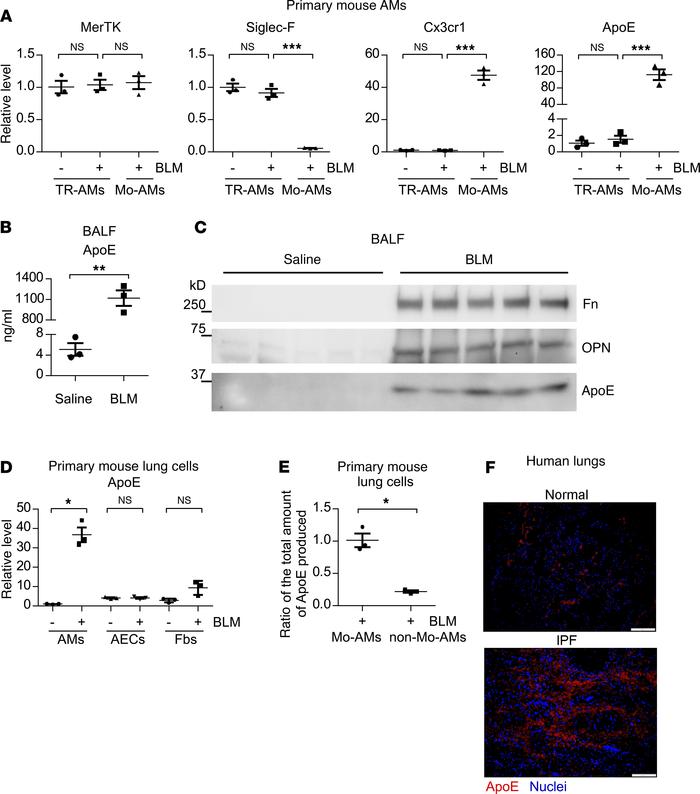