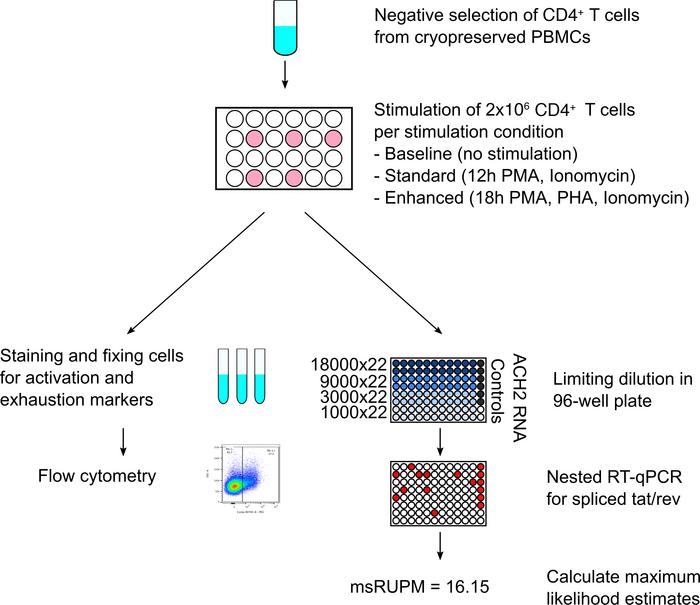 Cryopreserved PBMCs are thawed and enriched for CD4+ T cells by negative bead enrichment. Cells are subsequently aliquoted at 2 million cells per 1 mL of medium and rested for 2–6 hours. Following the rest period, each sample is distributed into individual wells as (i) unstimulated, for subsequent flow studies for baseline measurements, (ii) stimulated, using PMA and ionomycin for 12 hours (standard TILDA), or (iii) stimulated, with PMA, PHA, and ionomycin for 18 hours (enhanced TILDA). After stimulation, cells are washed and either fixed and stained for flow cytometry, or plated in a limiting dilution scheme for direct lysis and RT-qPCR followed by qPCR as previously published.