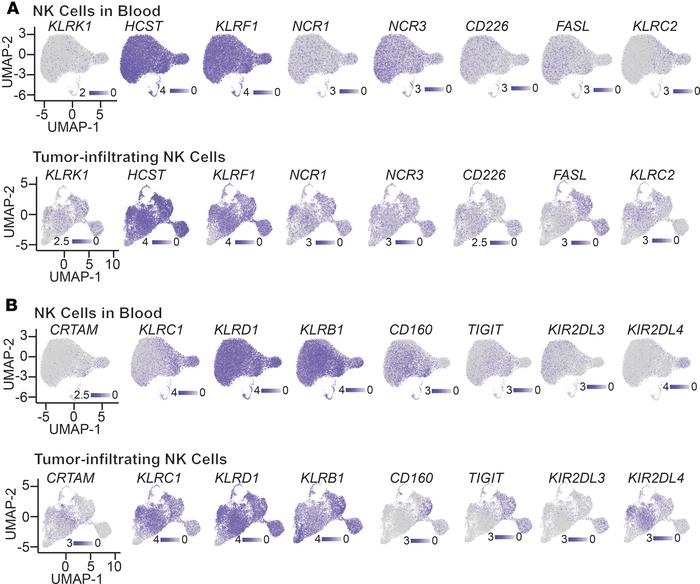 ( and ) Expression of activating () and inhibitory () receptors in blood (top) and tumor (bottom) specimens. The intensity of the blue color indicates the level of expression of selected genes in individual cells and is scaled separately between blood and tumor-infiltrating NK cells within the integrated data set from 5 patients.