Community-acquired pneumonia is a widespread disease with significant morbidity and mortality. Alveolar macrophages are tissue-resident lung cells that play a crucial role in innate immunity against bacteria that cause pneumonia. We hypothesized that alveolar macrophages display adaptive characteristics after resolution of bacterial pneumonia. We studied mice 1 to 6 months after self-limiting lung infections with Streptococcus pneumoniae, the most common cause of bacterial pneumonia. Alveolar macrophages, but not other myeloid cells, recovered from the lung showed long-term modifications of their surface marker phenotype. The remodeling of alveolar macrophages was (a) long-lasting (still observed 6 months after infection), (b) regionally localized (observed only in the affected lobe after lobar pneumonia), and (c) associated with macrophage-dependent enhanced protection against another pneumococcal serotype. Metabolomic and transcriptomic profiling revealed that alveolar macrophages of mice that recovered from pneumonia had new baseline activities and altered responses to infection that better resembled those of adult humans. The enhanced lung protection after mild and self-limiting bacterial respiratory infections includes a profound remodeling of the alveolar macrophage pool that is long-lasting; compartmentalized; and manifest across surface receptors, metabolites, and both resting and stimulated transcriptomes. 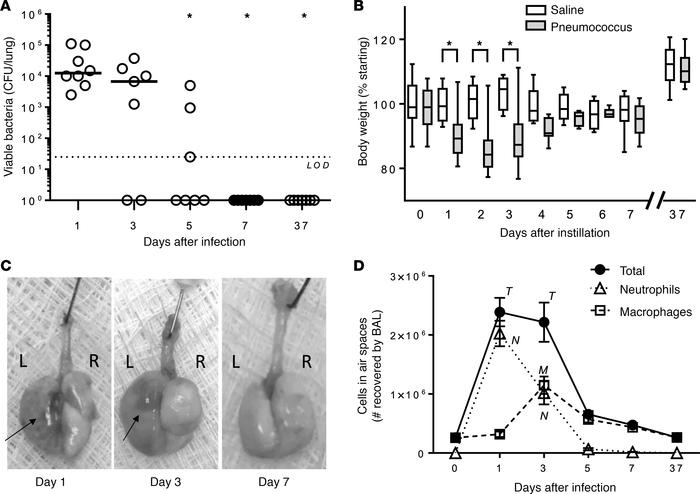