Shh is induced in glomerular podocytes and selectively targets mesangial cells after injury. 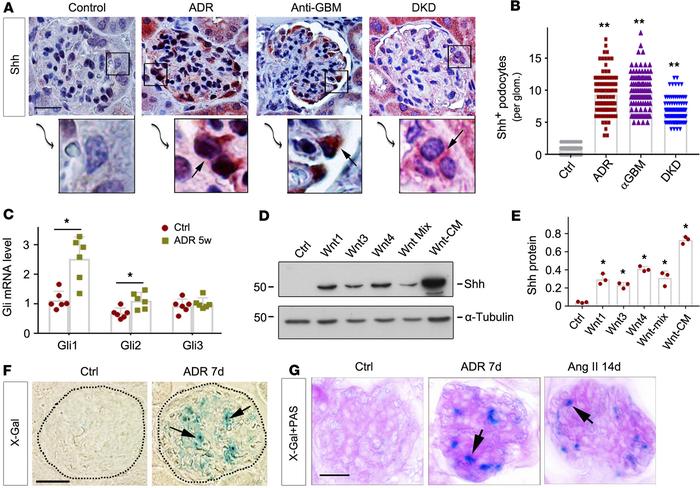