It remains unresolved how retinal pigment epithelial cell metabolism is regulated following immune activation to maintain retinal homeostasis and retinal function. We exposed retinal pigment epithelium (RPE) to several stress signals, particularly Toll-like receptor stimulation, and uncovered an ability of RPE to adapt their metabolic preference on aerobic glycolysis or oxidative glucose metabolism in response to different immune stimuli. We have identified interleukin-33 (IL-33) as a key metabolic checkpoint that antagonizes the Warburg effect to ensure the functional stability of the RPE. The identification of IL-33 as a key regulator of mitochondrial metabolism suggests roles for the cytokine that go beyond its extracellular “alarmin” activities. IL-33 exerts control over mitochondrial respiration in RPE by facilitating oxidative pyruvate catabolism. We have also revealed that in the absence of IL-33, mitochondrial function declined and resultant bioenergetic switching was aligned with altered mitochondrial morphology. Our data not only shed new light on the molecular pathway of activation of mitochondrial respiration in RPE in response to immune stressors but also uncover a potentially novel role of nuclear intrinsic IL-33 as a metabolic checkpoint regulator.

RPE has a differential metabolic response to varying TLR agonists. 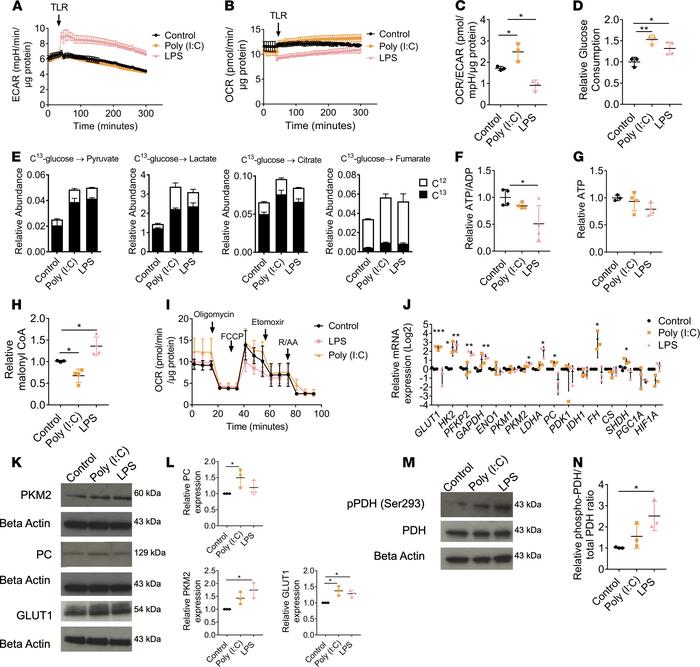