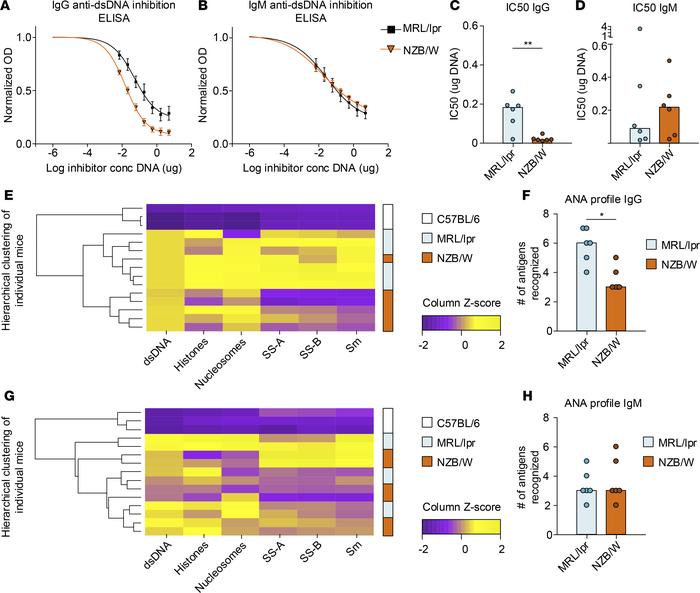 (–) Relative affinity of anti-dsDNA IgG and IgM was measured in serum of MRL/lpr and NZB/W mice by inhibition ELISA. ( and ) Relative OD (average ± SEM) of each strain. ( and ) IC50 values for each individual mouse. (–) Profiles of recognition of nuclear antigens by serum IgG ( and ) and IgM ( and ). ( and ) Heatmaps, including hierarchical clustering based on the profile of antigen recognition. ( and ) The number of nuclear antigens recognized. Each dot indicates an individual mouse ( = 6–9 for each group), and the bars represent the median. * < 0.05; ** < 0.01, using Mann Whitney test. ANA, antinuclear antibody; cyto, cytoplasmic; PC, plasma cell; SS-A/B, anti–Sjögren’s syndrome–related antigen; Sm, Smith antigen.