Frequencies of ANA+ memory B cells and PCs in MRL/lpr and NZB/W mice. 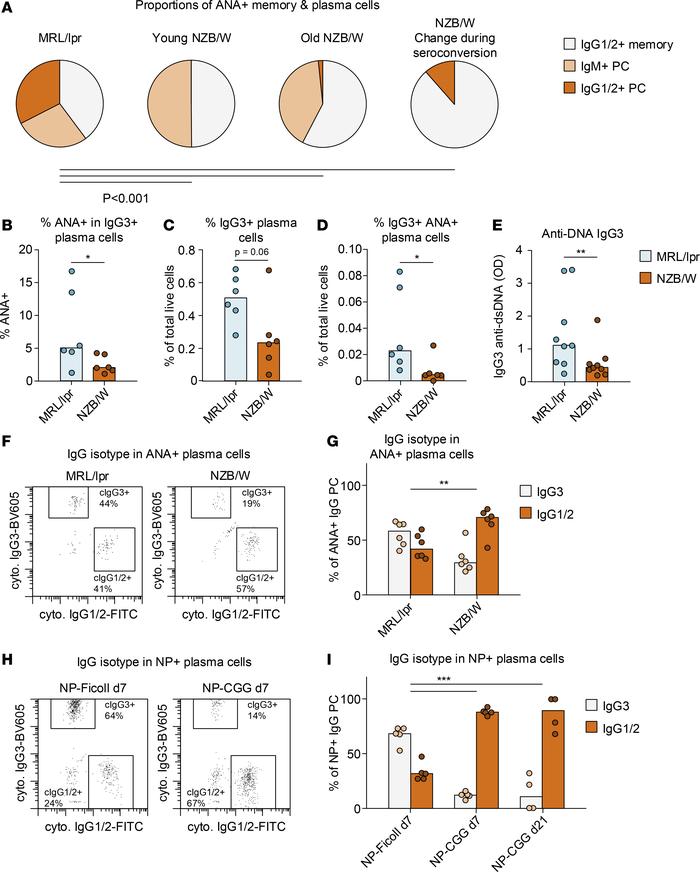