Distinct phenotypes of ANA+ B cells and PC in SLE patients. 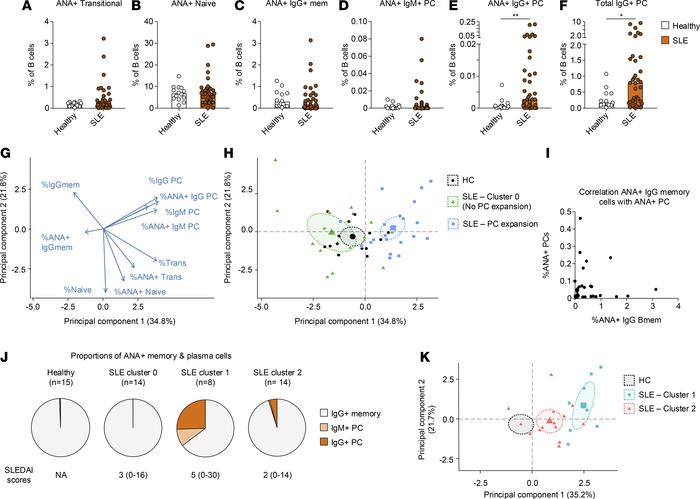