PD-1 blockade fails to improve sepsis survival and has no effect on reversing T cell apoptosis in a cancer sepsis model. 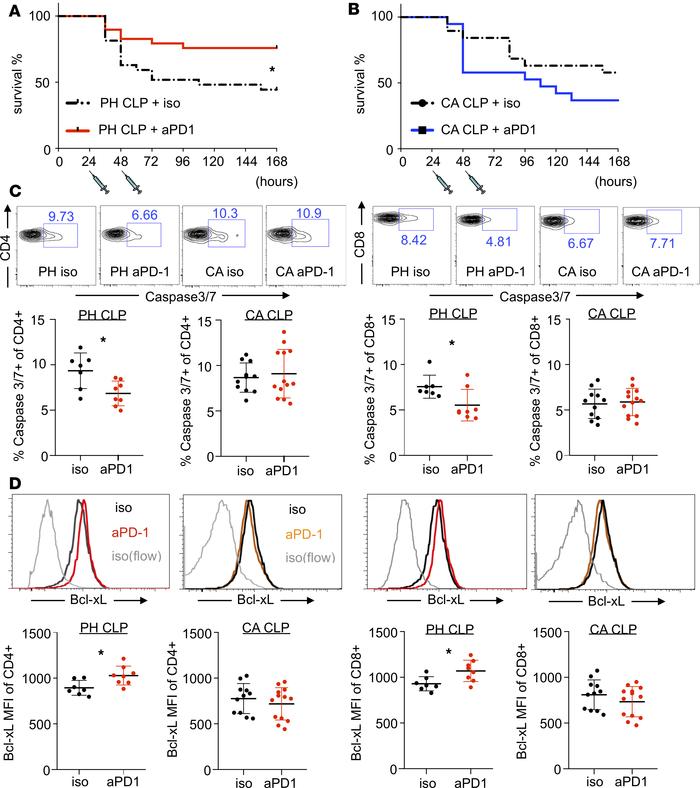