The prevalence of obesity is rising worldwide, and obese patients constitute a specific population in the intensive care unit. Acute respiratory distress syndrome (ARDS) incidence is increased in obese patients. Exposure of rodents to hyperoxia mimics many of the features of ARDS. In this report, we demonstrate that high-fat diet–induced obesity increases the severity of hyperoxic acute lung injury in mice in part by altering fatty acid synthase (FASN) levels in the lung. Obese mice exposed to hyperoxia had significantly reduced survival and increased lung damage. Transcriptomic analysis of lung homogenates identified Fasn as one of the most significantly altered mitochondria-associated genes in mice receiving a 60% compared with 10% fat diet. FASN protein levels in the lung of high-fat diet mice were lower by immunoblotting and immunohistochemistry. Depletion of FASN in type II alveolar epithelial cells resulted in altered mitochondrial bioenergetics and more severe lung injury with hyperoxic exposure, even upon administration of a 60% fat diet. This is the first study to our knowledge to show that a high-fat diet leads to altered FASN expression in the lung, and that both a high-fat diet and reduced FASN expression in alveolar epithelial cells promote lung injury. 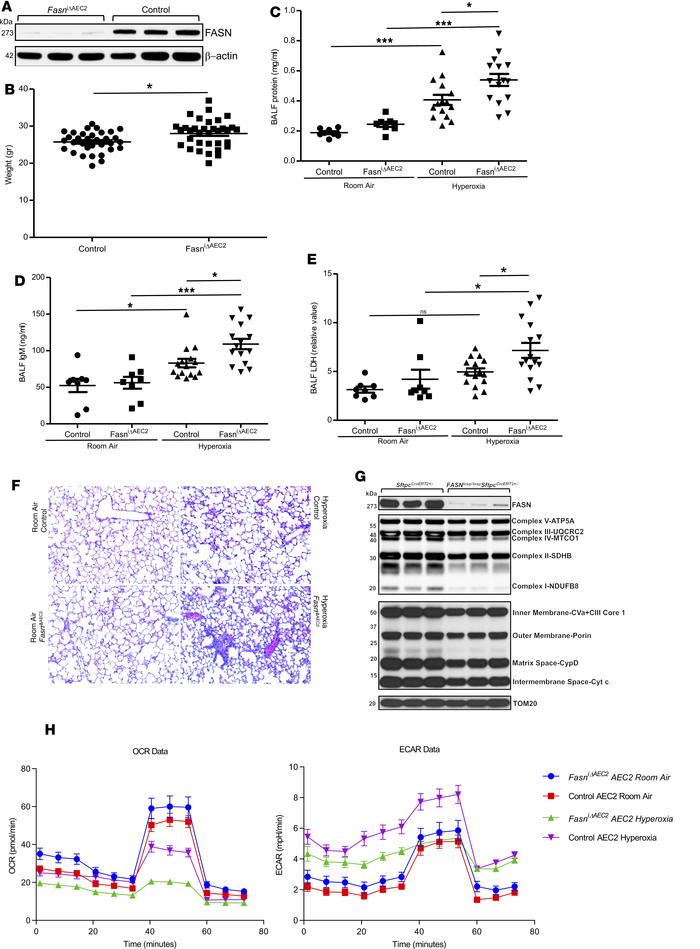