Oxidative stress is a major contributor to chronic lung diseases. Antioxidants such as N-acetylcysteine (NAC) are broadly viewed as protective molecules that prevent the mutagenic effects of reactive oxygen species. Antioxidants may, however, increase the risk of some forms of cancer and accelerate lung cancer progression in murine models. Here, we investigated chronic NAC treatment in aging mice displaying lung oxidative stress and cell senescence due to inactivation of the transcription factor JunD, which is downregulated in diseased human lungs. NAC treatment decreased lung oxidative damage and cell senescence and protected from lung emphysema but concomitantly induced the development of lung adenocarcinoma in 50% of JunD-deficient mice and 10% of aged control mice. This finding constitutes the first evidence to our knowledge of a carcinogenic effect of antioxidant therapy in the lungs of aged mice with chronic lung oxidative stress and warrants the utmost caution when considering the therapeutic use of antioxidants.

Oxidative stress and decreased JunD and Nrf2 levels in lungs from patients with lung disease. 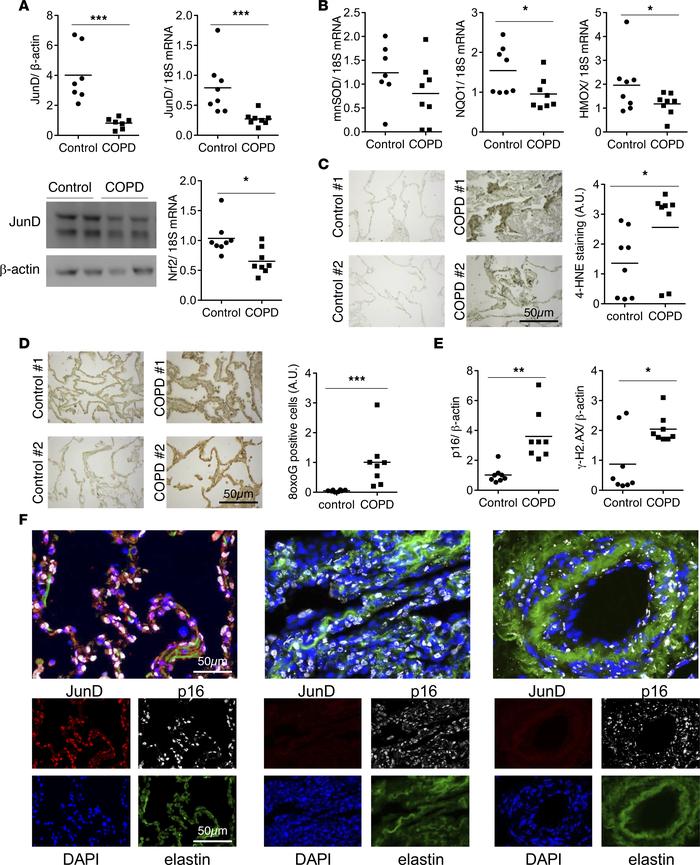