Susceptibility to ventricular arrhythmia in P1124L mice challenged with epinephrine/caffeine at 8 months of age. 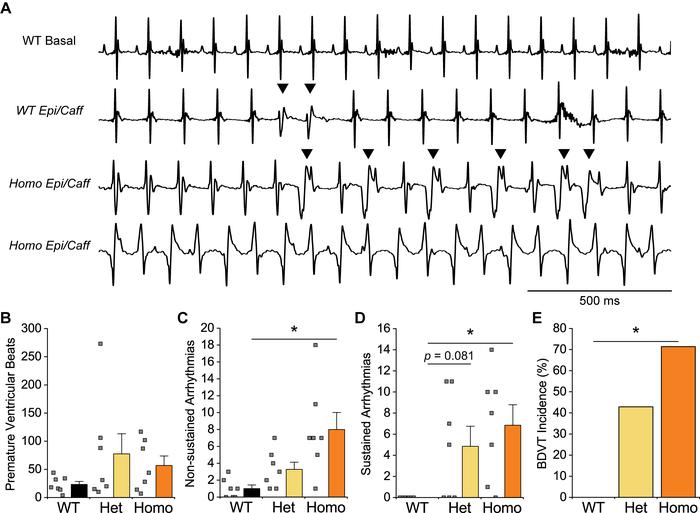