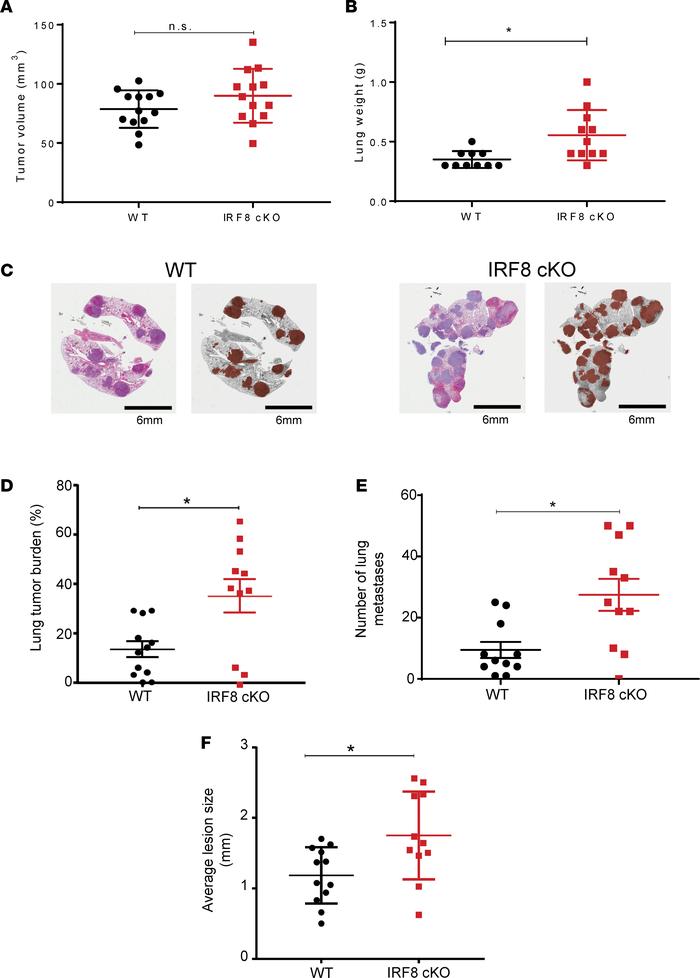 As in , recipient mice were implanted with 4T1 tumor cells and, when the primary tumor volume reached ~100 mm3, it was removed. () Mean primary tumor volumes on the day of surgery. () Thirty-one to 36 days after surgery, lungs were collected and weighed. () Representative photomicrographs of H&E-stained whole lung tissue (left), with a corresponding gray scale image with lung metastases shaded in brown (right). Scale bar: 6 mm. () Lung metastatic burden in WT vs. IRF8-cKO mice was quantified and reported as percent tumor burden in the lungs (); quantification of discrete foci (), similar to ; and average size of lung lesions (). H&E-stained slides were analyzed in a blinded-manner for data in . = 10–11/group in panels , , and and statistical significance was determined by a 2-tailed Mann-Whitney test. * < 0.05.