Ex vivo transfer of ciprofloxacin (Cip) across the tympanic membrane (TM) into a receiving chamber. 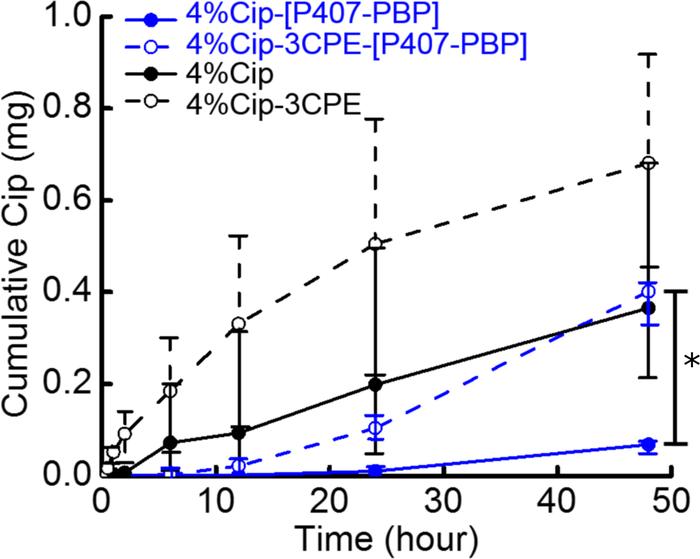