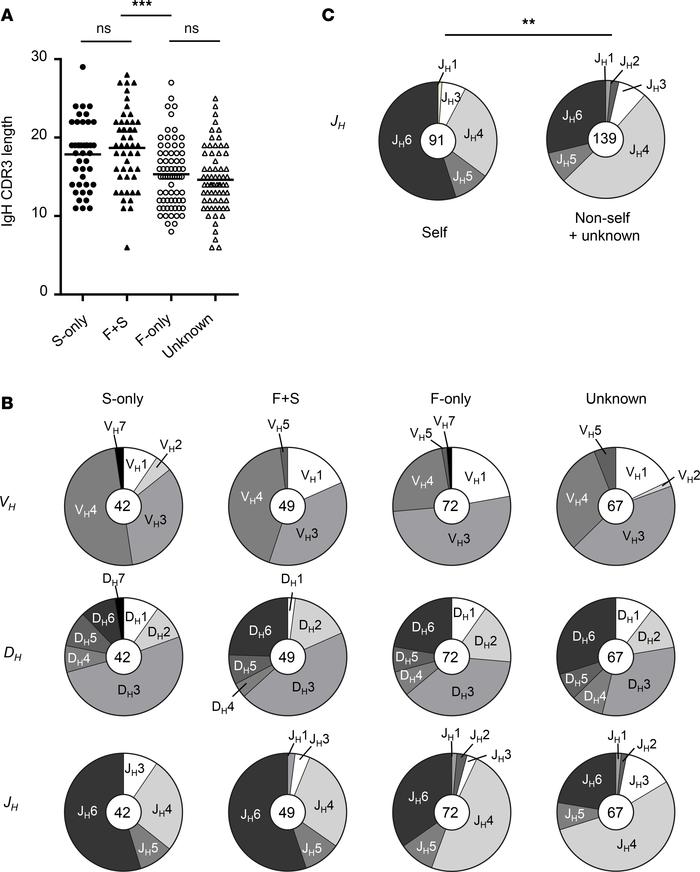 VHDJH rearrangements were recovered from transitional and mature B cells after single B cell culture. Based on the reactivity of the culture supernatant Abs, samples were grouped as follows: S-only-reactive (filled circles, = 42); F+S-reactive (filled triangles, = 49); F-only-reactive (open circles, = 72); and unknown (open triangles, = 67). Self-reactive Abs in this experiment represent Abs that reacted with RNP and/or Sm protein. () HCDR3 lengths are shown. Each symbol represents an individual sample. *** < 0.001, NS: > 0.05 determined by Mann-Whitney test. () VH, D, and JH gene usages are shown. () The JH6 usage was compared between self-reactive (S-only-reactive plus F+S, = 91) and non-self (F-only-reactive plus unknown, = 139) groups. ** < 0.01 determined by χ2 test.