Peripheral tolerance removes B cell specificities to many antigen types. 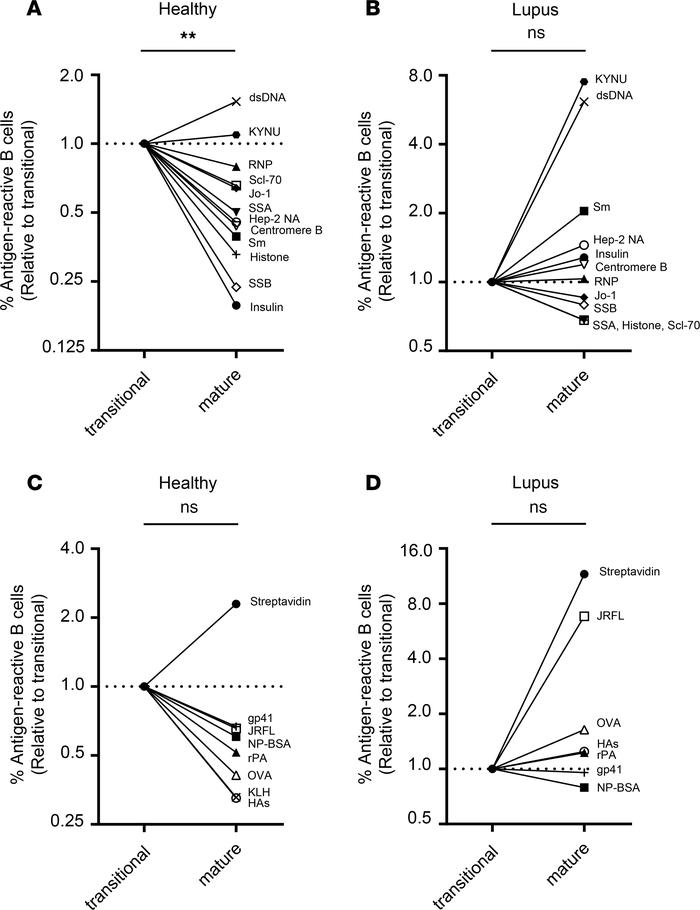