Removal of self-reactive mature B cells is impaired in SLE patients. 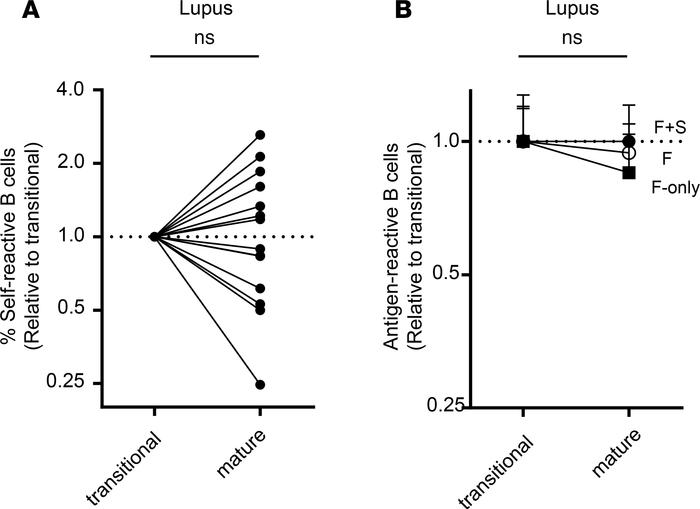