Effect of VEGF or VEGFR blockade on photoreceptor function and survival in mice with inherited retinal degeneration. 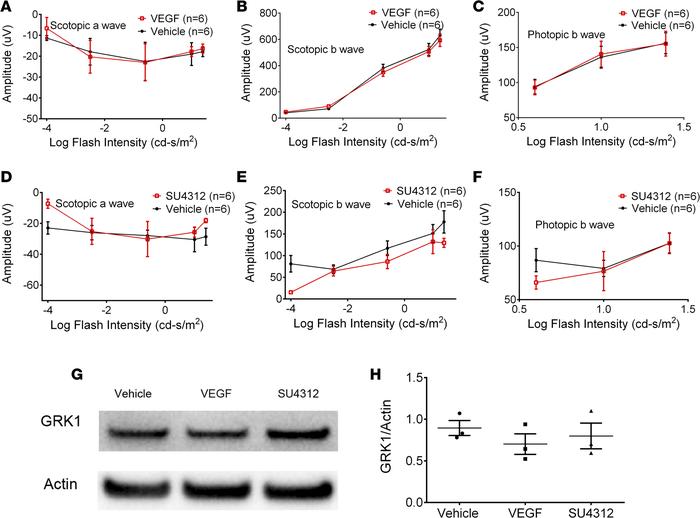