Analysis of B cell activation in wild-type and TIRAP-deficient immune cells. 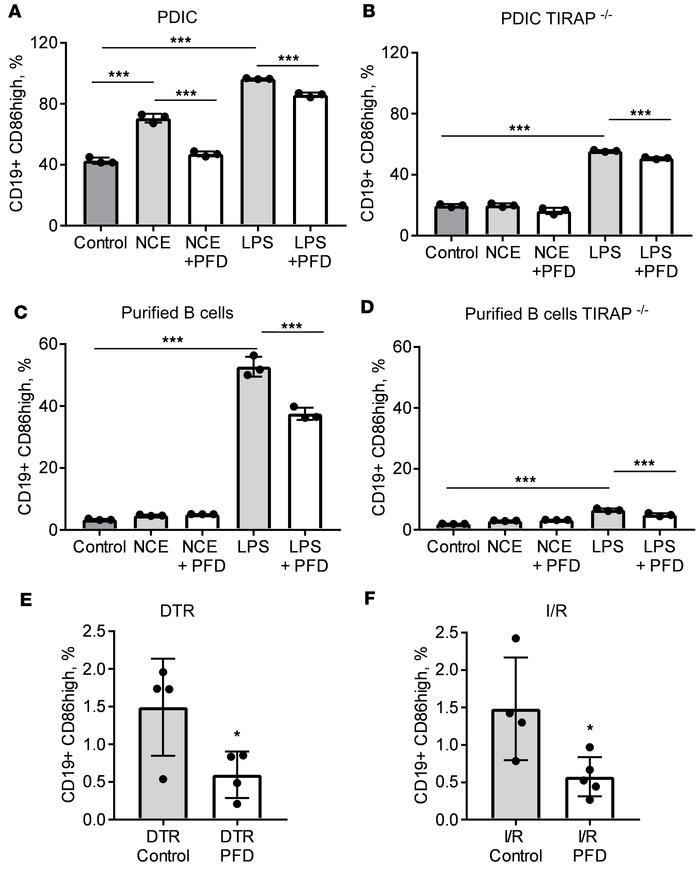