Effect of pirfenidone on mortality and cardiac myocyte cell death after DT treatment. 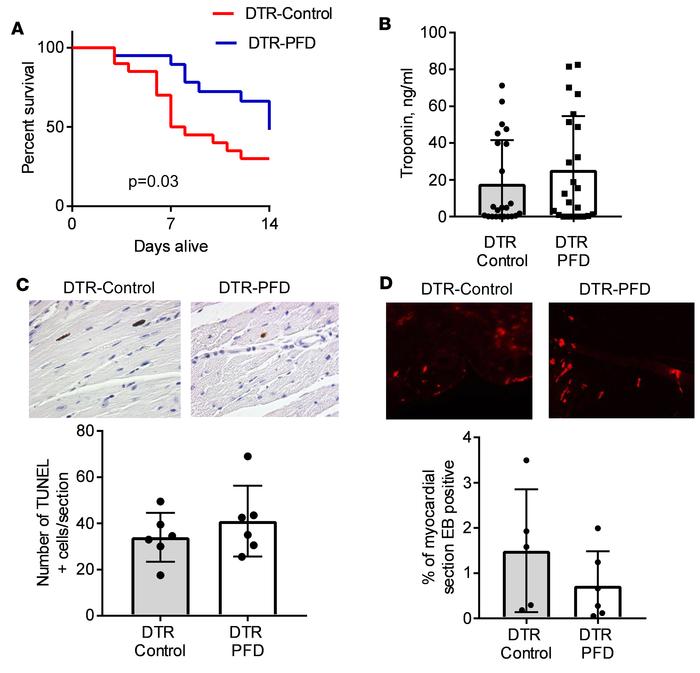