Bronchiolitis obliterans syndrome (BOS) is the main reason for poor outcomes after lung transplantation (LTx). We and others have recently identified B cells as major contributors to BOS after LTx. The extent of B cell heterogeneity and the relative contributions of B cell subpopulations to BOS, however, remain unclear. Here, we provide a comprehensive analysis of cell population changes and their gene expression patterns during chronic rejection after orthotopic LTx in mice. Of 11 major cell types, Mzb1-expressing plasma cells (PCs) were the most prominently increased population in BOS lungs. These findings were validated in 2 different cohorts of human BOS after LTx. A Bhlhe41, Cxcr3, and Itgb1 triple-positive B cell subset, also expressing classical markers of the innate-like B-1 B cell population, served as the progenitor pool for Mzb1+ PCs. This subset accounted for the increase in IgG2c production within BOS lung grafts. A genetic lack of Igs decreased BOS severity after LTx. In summary, we provide a detailed analysis of cell population changes during BOS. IgG+ PCs and their progenitors — an innate B cell subpopulation — are the major source of local Ab production and a significant contributor to BOS after LTx. 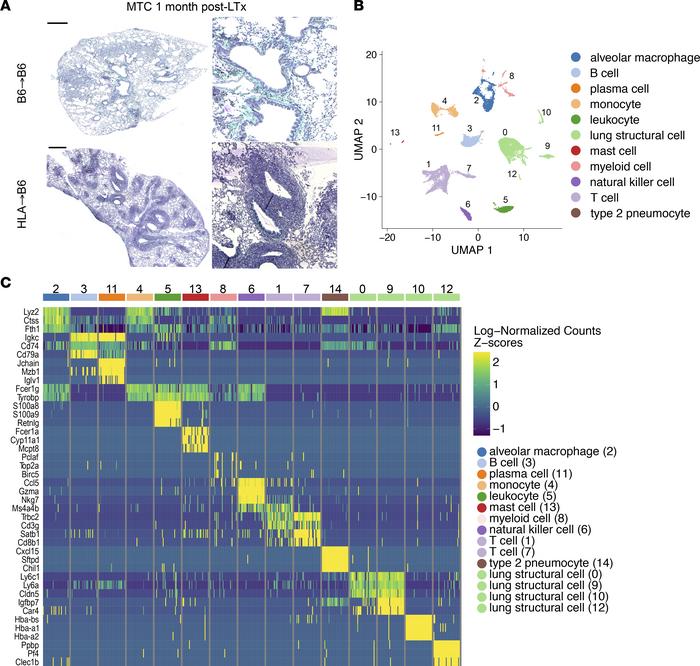