The average age when physician-scientists begin their career has been rising. Here, we focused on one contributor to this change: the increasingly common decision by candidates to postpone applying to MD-PhD programs until after college. This creates a time gap between college and medical school. Data were obtained from 3544 trainees in 73 programs, 72 program directors, and AAMC databases. From 2013 to 2020, the prevalence of gaps rose from 53% to 75%, with the time usually spent doing research. Gap prevalence for MD students also increased but not to the same extent and for different reasons. Differences by gender, underrepresented status, and program size were minimal. Most candidates who took a gap did so because they believed it would improve their chances of admission, but gaps were as common among those not accepted to MD-PhD programs as among those who were. Many program directors preferred candidates with gaps, believing without evidence that gaps reflects greater commitment. Although candidates with gaps were more likely to have a publication at the time of admission, gaps were not associated with a shorter time to degree nor have they been shown to improve outcomes. Together, these observations raise concerns that, by promoting gaps after college, current admissions practices have had unintended consequences without commensurate advantages. 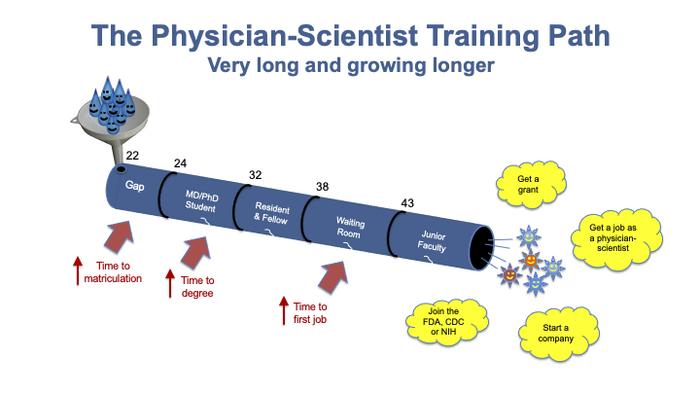