Since their relatively recent discovery, innate lymphoid cells (ILCs) have been shown to be tissue-resident lymphocytes that are critical mediators of tissue homeostasis, regeneration, and pathogen response. However, ILC dysregulation contributes to a diverse spectrum of human diseases, spanning virtually every organ system. ILCs rapidly respond to environmental cues by altering their own phenotype and function as well as influencing the behavior of other local tissue-resident cells. With a growing understanding of ILC biology, investigators continue to elucidate mechanisms that expand our ability to phenotype, isolate, target, and expand ILCs ex vivo. With mounting preclinical data and clinical correlates, the role of ILCs in both disease pathogenesis and resolution is evident, justifying ILC manipulation for clinical benefit. This Review will highlight areas of ongoing translational research and critical questions for future study that will enable us to harness the full therapeutic potential of these captivating cells. 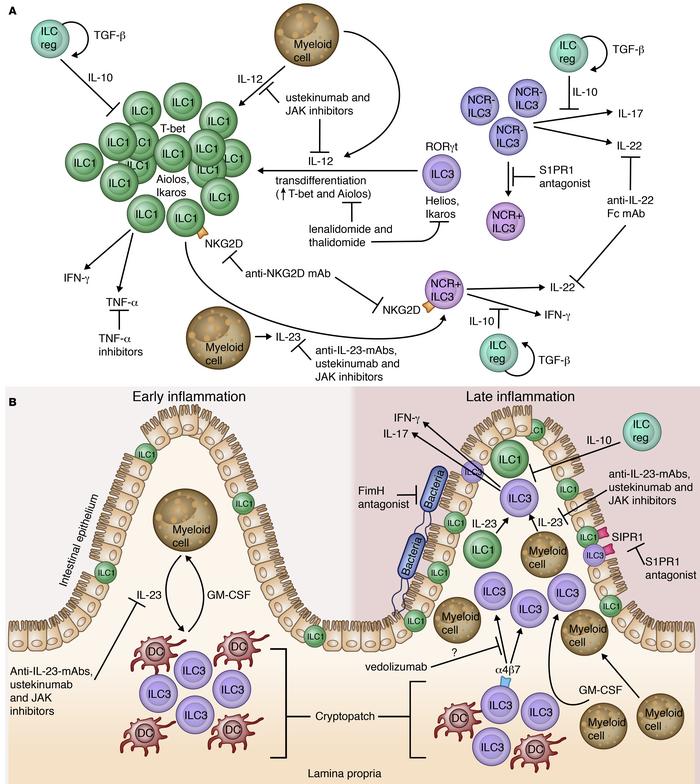